Home » How to Use AirtimeFlip App to Change Airtime to Cash

How to Use AirtimeFlip App to Change Airtime to Cash

If you constantly recharge airtime for data or for calling through your banking app or USSD code, chances are, you either have incorrectly loaded more than you planned for or you know someone who has excessively recharged airtime. This is a common mistake almost everyone makes and this really isn’t the nicest situation to be in. You might be wondering what is the best way to recover this money back since your bank can’t do anything. Normally when a situation like that occurs, most people like to sell their airtime to friends or use it on a later date. But in case you make that mistake next time, you might need the AirtimeFlip mobile app to change your airtime back into cash.

Perhaps you might haven’t stumbled across the Airtimeflip app, well the AirtimeFlip app is an app you can use to carry out different transactions on your mobile device. With AirtimeFlip App, you can change airtime to cash under 5 minutes and you’ll get back the excess airtime you had bought back into your bank account as cash.

Before getting started on how to use AirtimeFlip App to change airtime to cash, I believe you should get to know more about this app and how it operates, therefore I’ve decided to give a quick overview of the AirtimeFlip app and this will give you an insight on what the app can do aside converting airtime to cash.

AirtimeFlip App is a mobile app that is available for Android and iOS users only, and as an Android/iOS user who has installed this app on his or her mobile device, there are many things you can do on the app. The app is designed to allow users to convert excess airtime from their mobile number and turn it into real cash inside their various bank accounts.

There’s an official website for AirtimeFlip but if you prefer doing transactions like converting airtime to cash, buying data or paying utility bills on a mobile phone, then the AirtimeFlip app is just what you need.

Everything on the app is well optimized and it has a simple user interface that’ll allow you to find your way around it even as a first-timer. But before we get down to the more interesting part of how to Change Airtime to Cash on the AirtimeFlip App, why not see the features this app really offers.

How to Use AirtimeFlip App to Change Airtime To Cash

So the very first thing you need to do is go to Google Play Store or Apple App Store and search for the AirtimeFlip app or you can just use the buttons to download the AirtimeFlip App directly on your Android or iOS devices. 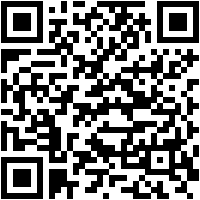 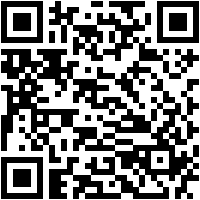 Now follow the steps carefully to use the AirtimeFlip mobile app to change airtime to cash and withdraw to your bank account easily:

Check your email for a verification email that will be sent there, click the link in the email to verify your account, then go back to the AirtimeFlip App to log in with the account you just created.

Prior to login in, you’ll need to create a 4 digit transaction pin, so create the transaction pin and once you’re on the homepage of the app, you’ll see a To-do List like Link BVN to AirtimeFlip Account and Add Primary Bank Account.

Link your BVN by inserting your BVN inside the box, then link it. And for adding a primary bank account, you only need to select your bank, type in your account number and it’ll automatically find your details. Then you can now type in your AirtimeFlip Transaction PIN, then click on add.

To Change Airtime To Cash, simply click on Airtime Conversion and then click on Create A Flip Request. Then select Network Provider, Enter Mobile Number and also Amount, then input your AirtimeFlip Transaction PIN to Proceed.

Once you’ve proceeded from Step 2, your Airtime Flip will be received and therefore you’ll need to send the Airtime via generated USSD code and note that 30% goes off from the total amount sent. So if you sent 500 Airtime, your AirtimeFlip Account will be credited with N350 once confirmed.

Step 4: Withdraw money from your wallet to your bank account

Click on Done, and on your Homepage, you’ll see Pending Transaction. Once you’ve sent the Airtime, your wallet account will be credited in due time, then you can either withdraw the money to your bank account or perhaps, use the funds in your wallet to make bill payments, buy data or transfer funds to another user.

That’s all on how to use AirtimeFlip App to change airtime to cash and get paid under 3-15 minutes. I hope you find this tutorial very helpful and don’t forget that you can’t only convert airtime to cash on AirtimeFlip, you can also pay bills, buy internet data and even recharge.